In a candid conversation with Gerson Borrero, Schumer recalls his origins raised in a humble Jewish family in Brooklyn, speaks openly about his experience in the Capitol attack of January 6, and shares his thoughts on immigration reform, economic recovery plans, and racism which he describes as “the poison in America.”

Referencing the deepening anti-immigrant sentiment across the country and what he refers to as Trump’s policy of blame targeting immigrants, he states that “we have an obligation to push it back down, to speak out strongly.” Schumer especially highlights how important immigrants are to the country’s future and affirms that “there is no better economic engine for America than immigrants.”

Known for his hands-on approach and relentless drive, Schumer has a habit of visiting the 62 counties that make up the state of New York to meet with his constituents and hear from them directly. In this interview, amid today’s health, social and economic challenges, he emphasizes the significance of maintaining the American dream alive for all and “giving people a positive path forward.”

Schumer has been in American politics his entire adult life. In January 2021, he became the first New York-born majority leader in American history and the highest-ranking elected Jewish official ever. When asked about his new leadership role, he says, “it is the hardest job I’ve ever had, but I have more energy and more enthusiasm for it than any job I’ve ever had because it is so important.”

The “Estudio DC” interview with Senator Schumer will be broadcast on the following dates and times: 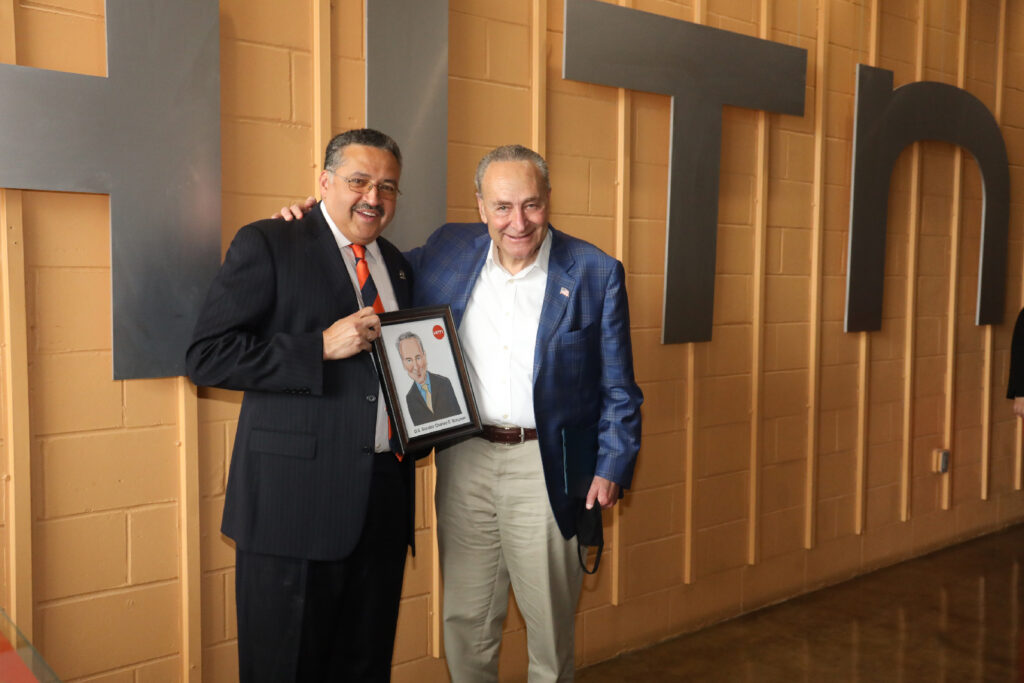 Senator Chuck Schumer and Michael D. Nieves during his visit at HITN in the Brooklyn Navy Yard.

HITN Assists in Broadcasting World Cup in the Caribbean