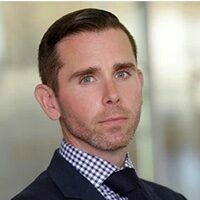 Murray Gregorson
Chairman of the Board

Murray Gregorson
Chairman of the Board

Murray Gregorson is an attorney and business advisor whose legal practice has included representing companies, individuals and their financial advisors on complex domestic and cross-border commercial transactions, including offerings of debt and equity securities. Murray’s business activities include strategic commercial and legal consulting and placement of financial and in-kind investments in startups and growth-stage companies.

Murray has worked for international law firms in London, Hong Kong, New York City and Houston advising a broad range of companies and financial institutions on M&A activity and matters of corporate finance and U.S. federal and state securities laws. Prior to becoming an attorney, Murray worked as a management consultant for international consulting firms in London and Washington, D.C., where he helped companies across multiple sectors and industries develop and implement growth-oriented performance measures. 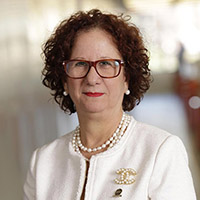 Prior to joining HITN’s Board, Linda Hernández Rosado was its Chief Operating Officer from January 2009 to 2011 and was responsible for all television operations.

Before this, Hernández was the Executive Director for El Nuevo Día (Orlando) newspaper, where she headed operations and coverage plans in the newsroom. She also served as President of the Puerto Rico Public Broadcasting Corporation, where she directed operations, which included public radio and television stations. Additionally, Hernández was Vice President and News Director for WLII TV Channel 11 for 20 years, Professor of Television Production at American University in Puerto Rico, and Founder and Director of the Bibliographical Investigation Center in San Juan, Puerto Rico. Hernández has also held positions with WKAQ-TV Channel 2 and WAPA-TV Channel 4 and was an Auxiliary Librarian at the University of Puerto Rico.

Hernández is very active in the community, serving as a Board Member for the United Way of Puerto Rico, and developing promotional campaigns for the Fight Against Domestic Violence and the Prevention of AIDS. She served as Board Director for Latino Justice PRLDEF, is a co-founder of the Images in Movement Video Archive located in the General Archives Library, and organized the Emmy Award-winning team (2017) for the Puerto Rico Public Broadcasting Corporation.

Hernández holds a Masters in Library Science from the University of Puerto Rico and Certification from The Advanced Executive Program (AEP) from Kellogg Institute at Northwestern University in Chicago. 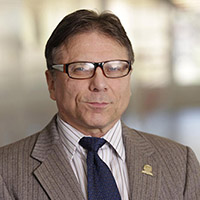 A graduate of Harvard University and Yale Law School, Denis was an associate with the New York law firm of Donovan, Leisure, Newton & Irvine. He served in the New York State Assembly for two terms, from 1996 through 2000, where he represented El Barrio/East Harlem and Manhattan Valley.

Denis wrote and directed the feature-length film Vote For Me! which premiered at the Tribeca Film Festival. He also wrote numerous feature-length screenplays, which have won awards from the New York State Council on the Arts, the New York Foundation for the Arts, and CineFestival. Denis also wrote the screenplay adaptation of his own book War Against All Puerto Ricans.

Denis is currently completing his second feature-length film Make America Great Again – a dark comedy about a Dominican immigrant who, instead of finding the American dream, is accused of terrorism and chased by ICE agents all over New York City. 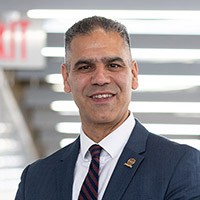 Long before Mr. Angel Cruz, Esq., joined the HITN Board, he served the New York State judiciary, first as a court attorney in Supreme Court Bronx County, then later as a law clerk to the Presiding Justice of the Appellate Term First Judicial Department. Mr. Cruz is a lifelong resident of the Bronx and a passionate advocate for his fellow residents. Mr. Cruz is today, a principal of Maldonado and Cruz, PLLC., a small boutique firm dedicated primarily to criminal defense on 161st Street in Bronx County. He also serves on New York State Independent Judicial Election Qualification Commission (IJEQC) in the First Judicial Department and the 18B Appellate Division First Department Assigned Counsel Plan Central Screening Committee, which plays a vital role in ensuring the quality of advocacy on behalf of indigent defendants. Mr. Cruz, Esq. is currently admitted to practice law in the Supreme Court of the United States; the Federal District Courts of the Southern and Eastern Districts of New York, and the Federal District of Puerto Rico.

Michael D. Nieves is President and CEO of HITN, one of the first non-profit Spanish language television networks in the U.S. During his first two years at the helm (2015-17), HITN has added over 10 million new Latino households to its viewing audience and secured a partnership with Sprint Communications that will support HITN’s mission for decades to come. During the 2016 election, Nieves conceived the HITN original production, Tu Momento, a Spanish language television program explaining the US electoral process from state primaries and caucuses to Inauguration Day. The program was awarded the Social Good Leader Award of 2016 by Cynopsis Media, publisher of trade publications for the television, media, digital, and sports TV industries. Since Nieves' arrival, HITN has received three Emmy nominations, its first nominations since its inception in 1983.

Among Latino elected officials, Mr. Nieves is renowned for his expertise in political strategy, public policy, and election law. From 1989 to 1999, prior to his government service, he was principal and owner of Nieves Associates, a consulting firm instrumental in advising and consulting to Latino and other candidates and elected officials. From 2010 to 2015, he was CEO of Michael Nieves Consulting, continuing to share his expertise with both candidates and elected officials. Mr. Nieves is hailed by many as one of the top Latino political operatives in the State of New York. He has also served as an advisor on education policy to the government of Puerto Rico.

Mr. Nieves’ numerous civic and community involvements include the boards of the National Museum of Puerto Rican Arts and Culture in Chicago, the New York Puerto Rican Parade, and New York City Public Schools Community School Board #32. He and his family are active members of St. Barbara’s Catholic Church in Brooklyn, NY.